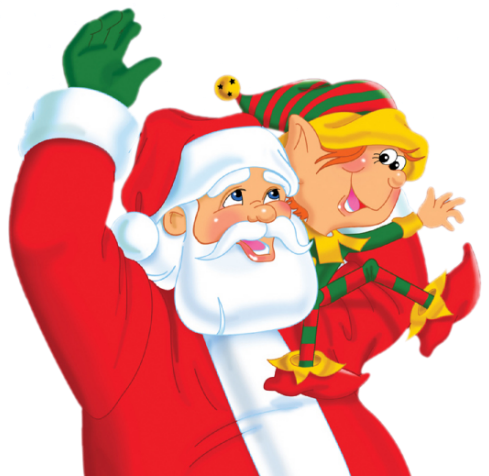 Did you know that there is an International Elf Service?

In the olden days, before social media, elves had it pretty easy. They would make toys in the workshop for delivery all around the world on that one special night. The sleigh would chase the shadows around the globe, and Santa would wrap himself in his red suit, take a deep breath, and squeeze down chimneys.

There were plenty of mince pie breaks, and even time to gaze, awe-struck, at the shifting shimmers in the sky above the North Pole, where the aurora danced and played in the darkness.

These days, the organisation has had to evolve a bit. There are so many children, and – bless their little hearts – many of them ask for plastic-free, sustainable gifts, which do take a bit longer to prepare. Santa is overjoyed that the kids are doing their bit to protect the planet, so asked the elf world to send more trainee elves to the workshop, so that they could keep up with demand.

Now, the International Elf Service is a rather large, well-oiled machine, with an ongoing apprenticeship programme, and morning meetings in the workshop common room. Santa approves of these, as it helps the elves connect with one another, over hot chocolate and marshmallows, which is good for everyone’s mental wellbeing! He loves his elves to be happy, and when they’re in good spirits, there’s the bonus that fewer of them need to take sick leave!

The chief elf has designed target boards, as well, to make sure all the junior elf toymakers get everything sorted in time for the big night. Jolly carols play in the background as they work (elves are more like dwarves than gnomes, and are very receptive to good music) and they jingle the bells on their tunics as they run about fetching ribbon, string, and environmentally-friendly sticky tape.

Magic does help, of course – elves can use their intention to infuse lovelight into all the gifts, which means the presents are easier to wrap, and sparkle a little even before they’re put under the massive pine tree in the toy workshop. (Luckily, that same clever magic means that there is always space under the tree for the gifts as each one becomes ready!)

Although there is a bit less time to sit with his feet up and munch on mince pies (which is probably better for his cholesterol levels), Santa is happy. He feels fulfilled in his work, and his employees are thrilled to start their shifts. What’s more, we humans are talking about the elves (although some elves on shelves seem to be very naughty indeed!) Recognition of their role – and our appreciation of the International Elf Service – means the elves feel even happier about their jobs! Bravo!

Santa and his Elf Problems

Things between the elves and I are not always so happy! I mean, they are elves with their naughty ways, you know. There is a real strain on my magic to keep them in order from one Christmas day to the next Christmas eve!

Ah yes, perhaps I had better explain this.

You probably do not know much about the magic which sustains me and allows me to fulfil my role.  You see, I need a reserve of magic to start my deliveries when the sun sets on the first sleeping children.  As the morning light shines on them, they awake to open their presents, the magic of their happiness flows. This allows me to continue on in the darkness always being chased by the rising sun and the happiness magic.  A great feeling.  However, once all the gifts have been opened, the flow of magic stops and I cannot increase my store of it anymore.  This makes magic management a very important task to ensure I have enough to start my deliveries next Christmas Eve.

These elves are always testing me.

They say it is to ensure I have enough magic to find the gifts, manage the children’s wishes and still have enough to start my deliveries.

I think they are just naughty and enjoy testing me and my patience.  Just like the naughty children really! IF you know what I mean?????

“How are they naughty?” I hear you say.  Or was that just my imagination??

Well, as an example there was the time elf Ednog dropped Lucy Shah’s present and broke the box.  Whilst he was collecting up the bits he ‘discovered’ the lipstick which was part of the dolls dressing table set.  It seems he and a few of the other elves decided it would be a good idea to decorate all the reindeer with it.  Well, you know Rudolph has the magic red nose which, when rubbed on Christmas eve, gives the flying power to the sleigh and other reindeer?  They decided to give all the reindeer team a red nose.  I got quite a shock when I went out to check on them that evening!

How could I tell which one was the magic nose?  It was getting near Christmas Eve and I had to chase all those reindeer around the paddock with makeup remover pads to find the real Rudolph.  Now that used a lot of my spare magic, I can tell you! That left Ednog on the naughty step for quite a few hours, but that was not enough. So he got an extra shift on ‘reindeer grooming’ detail just to be sure he knew he had gone too far!

That is just an example of the problems I have to face with the elves. The other residents of the magic world can be just as bad!

No, do not get me started on the Tooth Fairy and her cheekiness!

We hope you enjoyed our Christmas/winter offerings this year! As you may be aware, we have not used our writing muscles much in 2021, but this was a fun way to give them a flex!

With lovelight and the warmest greetings of the season,

fiction for the awakening