The title of a story or book is like a headline. It either grabs you in some way (not literally, of course) … or it doesn’t. Take the following ten titles – what images, feelings, or questions do they bring to mind?

In my opinion, choosing a title for a book or short story can be almost as much fun as writing the story itself!

It got me thinking about how Ron and I came up with the titles for our published books and short stories.

In the course of writing our first novel, the name Cordello popped into my mind from nowhere. That, of course, became the magical parallel world in which Keira unexpectedly finds herself.

It wasn’t until we’d finished the first draft and realised we wanted to ‘make this a proper novel’ that we considered what we’d call it! Having Cordello in the title seemed an obvious decision!

It took us a little longer to work out the rest of the title, one which we felt honestly conveyed the heart of the story.

The word “quest” conjures up a journey, a search … and, by extension, a seeker; that seemed to reflect both the story itself, and the alchemical process of writing our first novel together. We knew The Cordello Quest was perfect as soon as we hit on the combination. It was a keeper!

The House of the Stormwind and Other Short Stories

We love this title, which was taken from our short story of the same name. The word stormwind was inspired by Welsh rock band Dare, who remain a firm favourite of mine!

I like the way House of the Stormwind inspires a sense of elemental power and mystery – perfect for a house which is seeking resolution to ‘the Stormwind curse’! The title certainly captured the imagination of some of our readers!

This title seemed a good fit for the book as a whole, right from the point we started bringing this collection of tales together.

Our free ebook contains many micro-stories and four short stories of around 1000 words, but none of their titles felt right for the book. Perhaps that’s because Crystal, Fire and Water contains so many individual and diverse stories written over a number of months.

In this instance we therefore decided to entitle the book based upon a few of its themes: the fire of the trainee magician and of Three Matches; the water in which Keira and Jason see lovelight; the crystal cave which draws Keira’s attention and imagination inward.

The title of our second novel was a natural consequence of the story’s own progression. Although I don’t plan the novels, for once, I knew ahead of time that there would be a “mosaic of light” featured in the novel, and that it would be key to the story’s development.

So this time the title was fixed long before the first draft of the book was finished. Being a lightworker, it also felt really good having the word “light” in the title. Our cover designer certainly seized on that when he was crafting Mosaic of Light’s cover!

Dark Perfume is not the longest story in this collection of tales, but we believed it gave the right “feel”. (It also piqued Ron’s imagination when it came to designing the book’s cover, and I think he did a grand job!)

Light and Shadow also suggests to readers that in this volume of short stories, darker tales lurk between the lighter-hearted ones.

Here’s a screenshot of Dark Perfume’s Table of Contents. 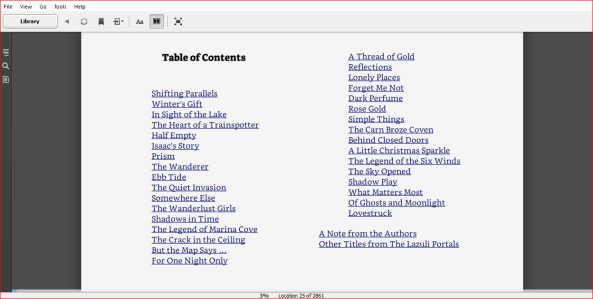 Of the 33 titles listed, are there any that you particularly like?

Many of the short stories we publish were originally written for Writers’ Circle meetings, where the word limit is 1000. Our year’s ‘schedule’ gives us a choice of two titles for each meeting; it can be surprising where a word prompt like this can lead for different writers.

Of those particular tales, some have retained their ‘original’ titles e.g. Rose Gold, Behind Closed Doors, Ebb Tide, The Wanderer. Other stories felt more comfortable wearing a new title e.g. The Wanderlust Girls, and The Quiet Invasion.

It can be fun to pick a title (either at random or by design) and let a story flow from there, just to see where it takes your imagination. It can be just as much fun to write an entire book and then ponder what to call it. 😉

At the end of the day, it’s all about the words, your imagination, and the pictures you make in your mind …

Which Lazuli Portals titles are your favourite(s), and what other book titles have teased at your imagination?

10 thoughts on “The Importance and Fun of Story Titles” 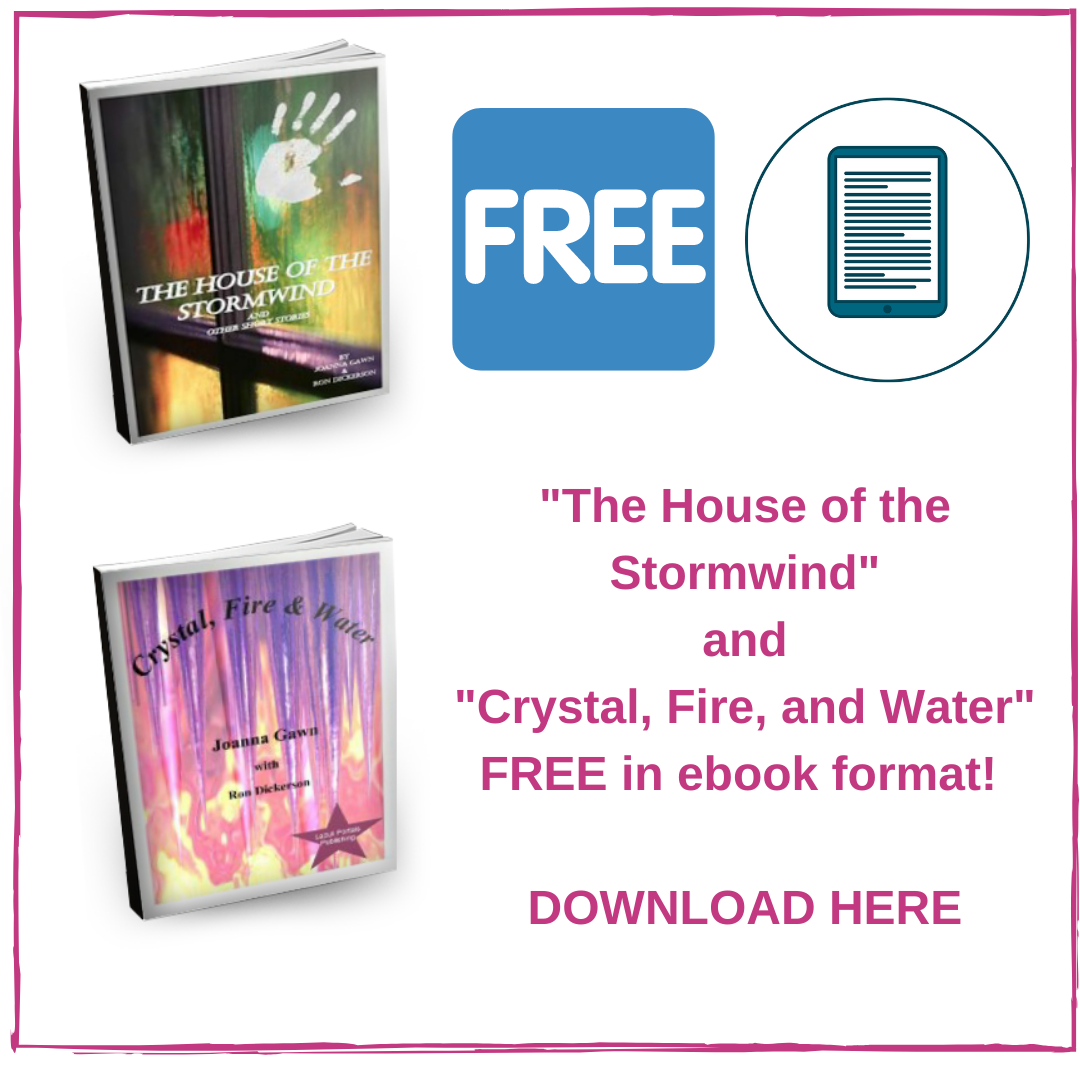 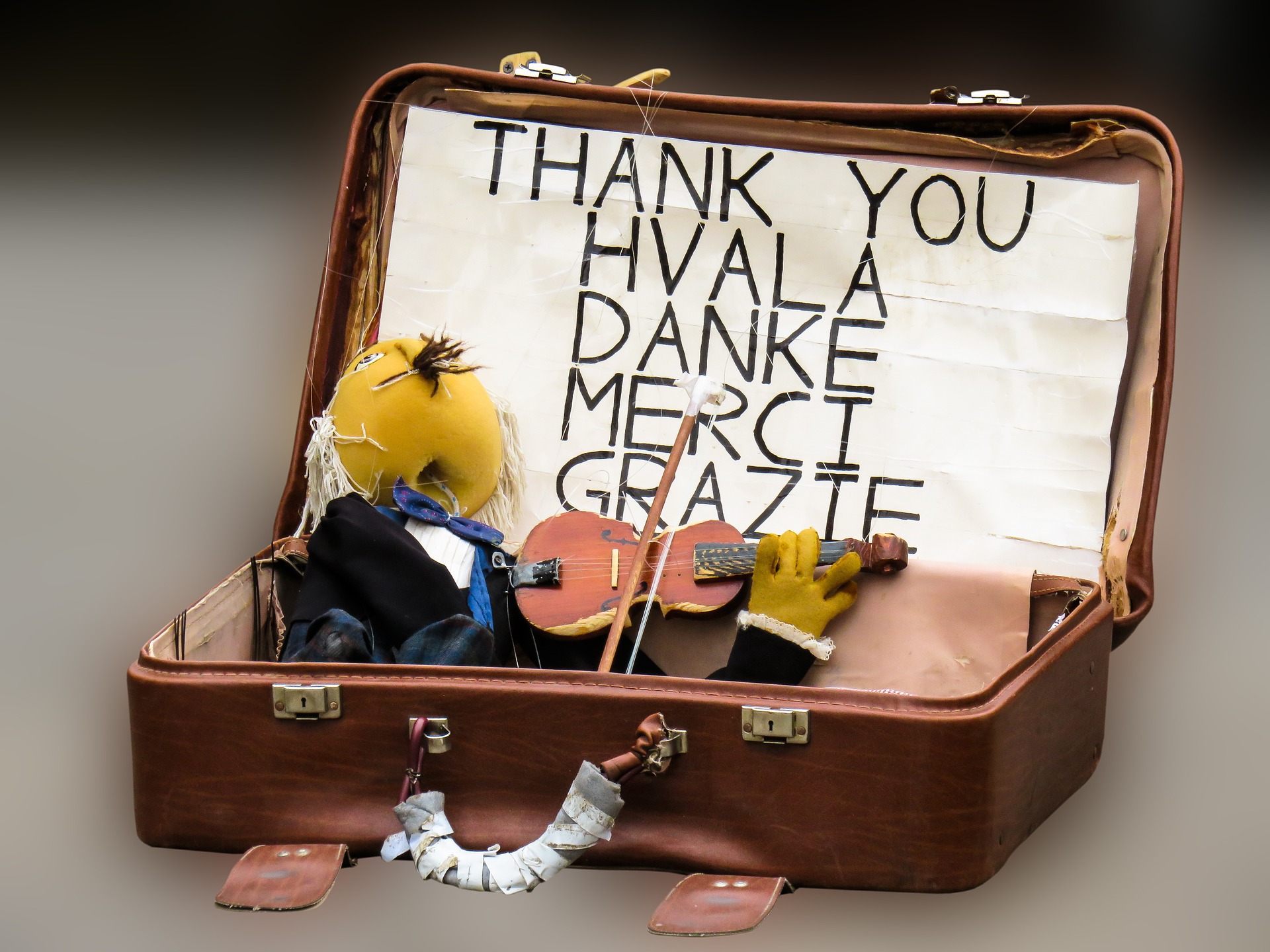